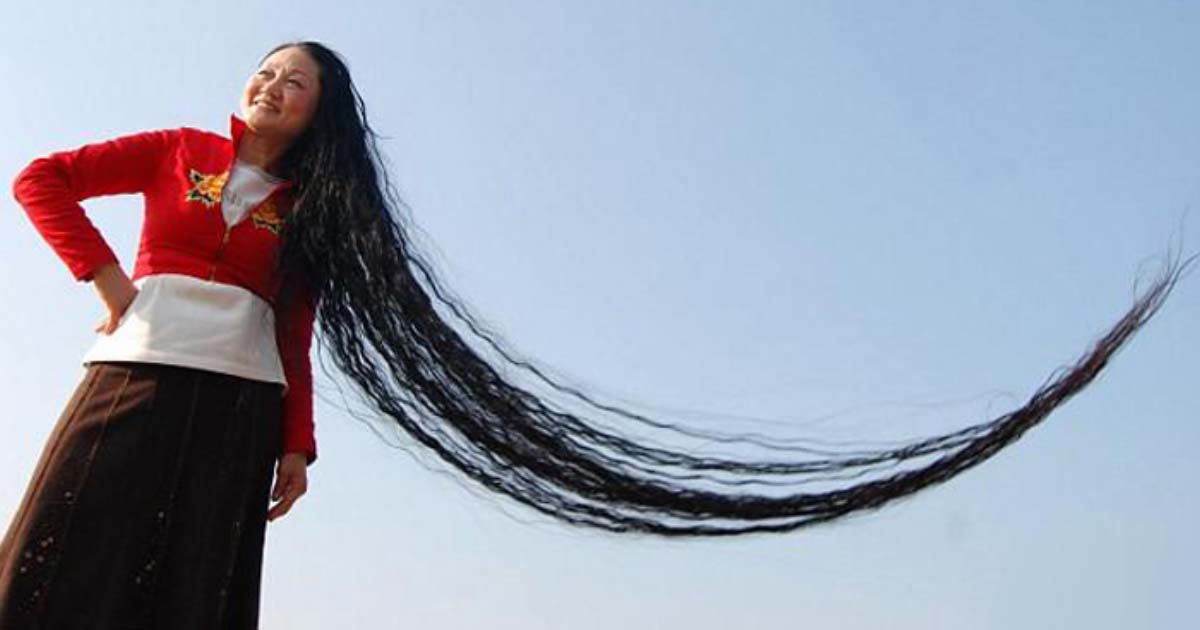 Hair is a remarkable protein and there are several interesting hair world records.

And there are a number of astonishing world records to back this up.

Here are some incredible hair world records, taken from the Guinness World Records.

Xie Qiuping from China holds the record for the world’s longest hair for a female. She has been growing her hair since 1973 at the age of 13, and when measured on May 8, 2004, her hair was a whopping 18 feet 5.54 inches long. No mean feat when you consider that most human hair begins to fall out when it reaches about half a meter in length.

2. The World’s Most Expensive Hair

During an auction in 2002, an anonymous bidder paid $ 115,120 for a few of Elvis Presley’s famous locks. Sold by his personal barber, Homer “Gill” Gilleland, the mass of hair is approximately 8cm in diameter.

Accompanied by letters of authenticity from Tom Morgan Jr. (detailing their history), John W. Heath (the world’s foremost Elvis memorabilia expert) and John Reznikoff of University Archives (the world’s most respected authority in the field of hair collecting), this is the world’s most expensive hair.

3. The World’s Highest Hair and the Tallest Mohawk

In an event organized by KLIPP Unser Frisör in Wels, Austria, on June 21, 2009, the world’s highest hairstyle was achieved. Made from both real and fake hair, the final result was a 2.66 meters-high tower of hair.

Troy Polamalu; a strong safety previously playing for the Pittsburg Steelers holds this record. As a tribute to his Samoan Ancestors, Polamalu had not cut his hair since 2000. On August 30, 2010, Procter and Gamble’s Head & Shoulders insured his locks for $ 1 million with Lloyds of London. As the spokesperson for Head & Shoulders, Polamalu’s hair measured 3 feet in length.

The hair strands of the world’s oldest hair are more than 5000 years old. Preserved from the famous Chinchorro Mummies of South America, this is the oldest extant hair in the world.