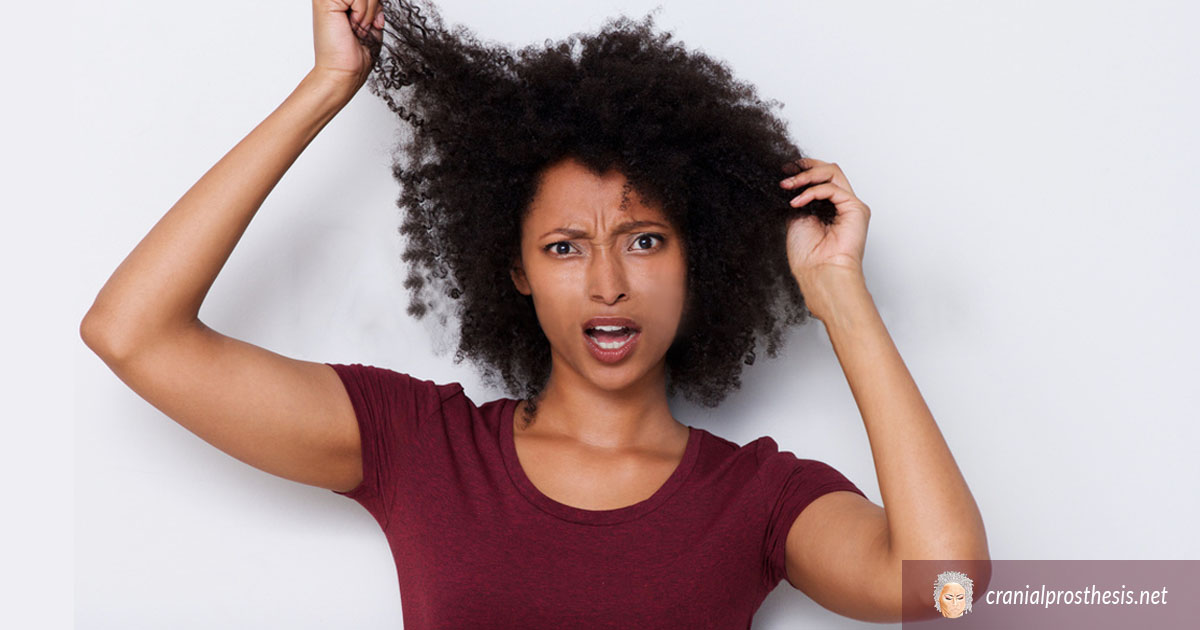 Trichotillomania (trik-o-til-o-MAY-nee-uh) is a medical condition when someone can’t resist the urge to pull out their hair. Also known as hair-pulling disorder, trichotillomania can cause low self esteem and depression.

A human hair wig can be beneficial in overcoming the hair loss caused by trichotillomania.

Nearly 2% of the world’s population suffers from trichotillomania. Those who suffer from this hair-pulling disorder may go to great lengths to disguise the hair loss.

Besides from leaving patchy bald spots, trichotillomania can interfere with social or work functioning.

In this article we’ll discuss its causes and symptoms. And, explain how using a human hair replacement system is helpful to people suffering from this hair-pulling disorder.

These factors tend to expand the risk of trichotillomania:

More women than men are treated for trichotillomania. This could simply be because women are more likely to seek medical advice. In fact, boys and girls appear to be equally affected in early childhood.

Signs and symptoms of hair-pulling disorder often include:

There are many patients who take medication. But, these antidepressants are not a permanent for the disorder. Cognitive Behavioral Therapy has been used to somehow treat the disorder.

But, the estimated time it takes to get rid the condition is not known as every patient has different triggers.

Looking for a medical hair system for your scalp? Request a free complementary consultation and get your customized trichotillomania hair system today.